A fairly beneficial time for your health affairs during the ensuring period, and you do not have much cause for any anxiety. Even those with a predisposition to chronic disorders like rheumatism, and similar complaints of the digestive tract, like excess of wind and flatulence will experience much relief, and get a respite from their troubles with a minimum of care. There are some grounds for apprehending liver trouble, especially if you have a history of any previous difficulty on this score. But this, too, would be minor, and the use of a tonic to tone-up the liver to keep it from going sluggish would prevent any trouble, from making its appearance.

An excellent month during which you should be able to considerably advance your financial prospects. This month, some of you would have a way of handling your juniors or workers in a manner enabling you to derive maximum benefit from their services. This would greatly bolster your financial situation. Association with several gifted people of learning and spiritual stature would also be gainful both in a material sense and in terms of spiritual satisfaction. Your own efforts would be very successful in enabling you to realize the full anticipated profits. They may be a little slow in coming, but would certainly accrue to you.

This month the stars are not in an encouraging mood and therefore, the prospects for your career are none too bright. The association with gifted people of learning and spiritual stature would fail to bring about the normal pleasant reward. There would be a lot of hard work. But gains would somehow evade you. Further, there is the likelihood of being influenced by a feeling of insecurity. This would also create a situation where there is mental instability. Some travel is also indicated, but this, too, would bear no fruit. Though there is some chance of marginal gain through a sojourn south. All told, a difficult month during which patience would be the most helpful virtue.

Nothing particularly beneficial about the augury from the stars this month in so far as your educational pursuits are concerned. Most of you would tend to struggle to get to your objectives and even then not achieve much success. Technical students would face a particularly trying time when they would have to work far harder than usual just to maintain their position in class, law students would face a similar situation. Those aspiring for higher studies would have to go through a difficult spell, with their efforts getting bogged down in problems, not the least of which would facing the right opportunity.

Nothing particularly beneficial about the augury from the stars this month, in so far as gains from travel are concerned. Most of you would be led by the turn of events to undertake extensive travel in the pursuit of business or for official purposes. Success in your efforts would almost certainly be absent; even sojourns to the most favourable direction would be of no use. Those planning a trip abroad for the same end should seriously consider postponement of such plans. This would apply in particular to those wanting to pursue higher studies abroad. A holiday with family members would also turn out to be a waste.

Nothing particularly beneficial this month in so far as your family welfare is concerned. There are chances of some trouble from your servants or some people below you in the social strata. Deal with this firmly before it gets out of hand. There is the further likelihood of serious tension with the elders of your family, particularly your father. You must not lose your cool and refuse to get provoked into any kind of confrontation. This would go a long way in diffusing tension. Financially also, you all may not do too well. Trouble is indicated on this score and, therefore, it would be a good idea to carefully plan your expenses.

A month during which there would be little of a beneficial nature in the stellar influences, in so far as your children are concerned. The performance of the wards of most of you would be below average. There is the further likelihood of their getting into difficulties with their teacher or some elderly people, could be family members. Parental intervention would be quite necessary to sort out such a muddle. Those pursuing some trade or apprenticeship may do relatively better. In fact, most of them may display a higher order of skills than usual. 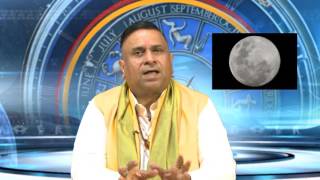