A good month during which the stars have decided to bless you with good health, which you would be able to enjoy with the minimum of fuss. Even those with a predisposition to chronic disorders like rheumatism and similar complaints of the digestive tract, like flatulence and excess of wind, will experience relief from their symptoms. By keeping up Bradley the normal precautions of diet and treatment, they would get respite from their ailments. There are, however, some grounds to be careful about any liver ailment. This is especially true if any such trouble has already bothered you earlier. Nothing much to worry about, since an appropriate tonic for the like should be quite enough to keep you fit.

There is very little cheer for your financial prospects this month, in so far as the augury from the stars is concerned. Most of you could probably see your efforts wasted, and not get any nearer to your objectives. This means no progress of any kind. Writers, poets and others of their ilk would do well to make provisions for an extremely lean period, for that is just what they have ahead of them, during this coming month. Those looking forward to gains from government would be waiting in vain, as well, because the result would almost certainly be unfavourable.

An excellent month, during which the stars are in an obliging mood, as a result of which your professional prospects are quite bright. There is a distinct possibility that some member of the female sex would do you an extremely favourable turn, which could well become a turning point in your career, for the good of course. Further, there would be extremely beneficial associations with gifted people of learning which would qualitatively enrich your whole working and life styles. Not only materially beneficial but also deeply satisfying otherwise. There would also be a small quantity of travel, which also would prove extremely, the most advantageous direction being south.

This would be quite a beneficial month in so far as your educational prospects are concerned, since the stars are in a mood to favour you. Those pursuing languages, journalism, accountancy and law would have an extremely productive spell, doing well in their examinations and top ranking in their classes. Aspirants for higher education would not only find the right opportunities, but also go on to do well in their chosen fields. Candidates for competitive examinations would also achieve success, provided they put in at least the normal kind of effort with sincerity.

A month during which the augury from the stars is far from optimistic, in so far as any gains from travel are concerned. Most of you may be led by the turn of events to undertake extensive travel in the pursuit of business or official ends. These efforts are, however, very unlikely to achieve even a small measure of success. Even sojourns to the most favourable direction would not bring any relief. The story with those planning a trip abroad would be no different. Therefore, it would be wise to consider postponing as much of your travel plans as possible.

Nothing particularly encouraging about the augury from the stars in so far as your family welfare is concerned. There is a distinct possibility of serious differences with the elders of the family, particularly your father. You must keep your cool and refuse to be provoked into any kind of confrontation. This would be helpful in diffusing tension. There are further possibilities of tension in your relations with female members, particularly your wife. Cool-headed responses and a certain amount of tact and skill would keep you out of trouble. Financially, you all would not fare too well either, therefore, you should carefully plan your expenses.

Most of you would have good reason to be extremely satisfied with your children, since the stars would beneficially influence their affairs. Most of them would do very well in their pursuits and together with their behaviour impress the elders particularly their teachers. In fact, the teachers might well go out of their way to pay special attention to their affairs. This would also be a beneficial time for higher studies, and the aspirants would not only find the right opportunities but also go on to do very well in their chosen fields. Students of law would also fare quite well. 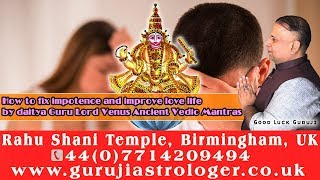